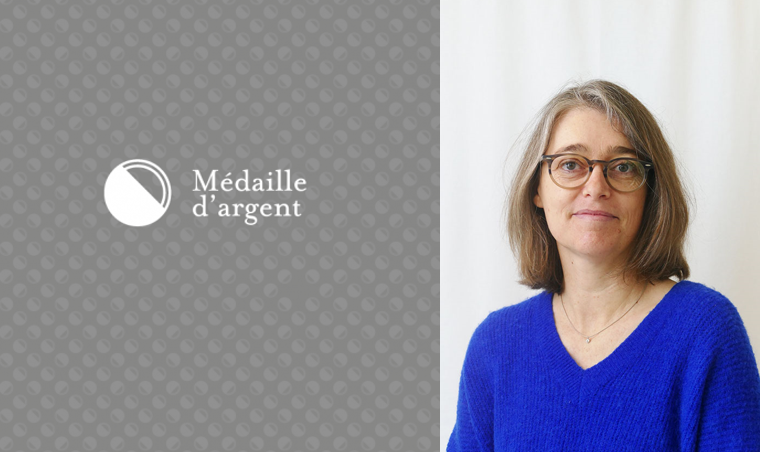 Sandra Duharcourt, Director of Research at the CNRS and head of the “Epigenetic Regulation of Genome Organization” team at the Institut Jacques Monod (CNRS / Université Paris Cité), is the recipient of the 2022 CNRS Silver Medal.

The CNRS Silver Medal is awarded to researchers for the originality, quality and importance of their work, recognised at national and international level.

After a thesis at Sorbonne University and a post-doctorate at the Fred Hutchinson Cancer Research Center (Seattle, USA), Sandra DUHARCOURT became a researcher at the CNRS and established her research group at the Institut Jacques Monod in 2011. Director of Research at the CNRS and head of the “Epigenetic regulation of genome organization” team at the Institut Jacques Monod (CNRS / Université Paris Cité), her team is interested in the fundamental principles that control genome stability in eukaryotes, and studies a remarkable process of programmed DNA elimination during development in the unicellular eukaryote Paramecium. His team’s objectives are to identify the set of eliminated sequences and describe their evolutionary trajectories; to understand the mechanisms controlling DNA elimination in the context of chromatin; and to identify the functions associated with this massive genome reorganisation.

“I am very pleased that this award recognises the very high quality of Sandra Duharcourt’s work in paramecium on programmed genome rearrangements and their epigenetic regulation by non-coding RNAs. Her work provides a better understanding of the fundamental principles that govern chromosome structure and genetic stability in eukaryotes”, said Michel Werner, Director of the Institute.