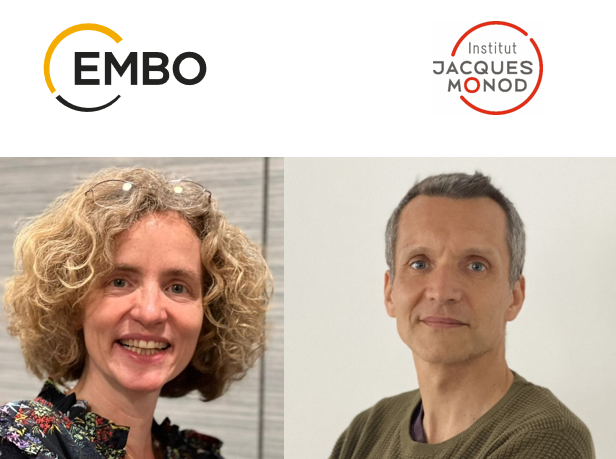 The European Molecular Biology Organization (EMBO) revealed on 6 July the list of 67 European researchers elected as members of the organisation this year. With this appointment, the new members and associate members of EMBO are recognised for their outstanding achievements in the field of life sciences.

EMBO is an organisation of over 1900 leading researchers, promoting excellence in the life sciences in Europe and beyond. The objectives of the organisation are to support talented researchers at all stages of their careers, to stimulate the exchange of scientific information and to help build a research environment where scientists can achieve their best work.

Michel Werner, Director of the Institut Jacques Monod, welcomes the election of Dr Virginie Courtier and Dr Benoit Ladoux: “Membership of EMBO distinguishes outstanding scientists whose research impact in the life sciences is recognised at the highest international level. Both Virginie and Benoit have been working at the Institut Jacques Monod for almost ten years. Their presence at the Institute has enriched its research and deeply strengthened their respective disciplines. I wish them a brilliant career at the Institute and many revolutionary discoveries.