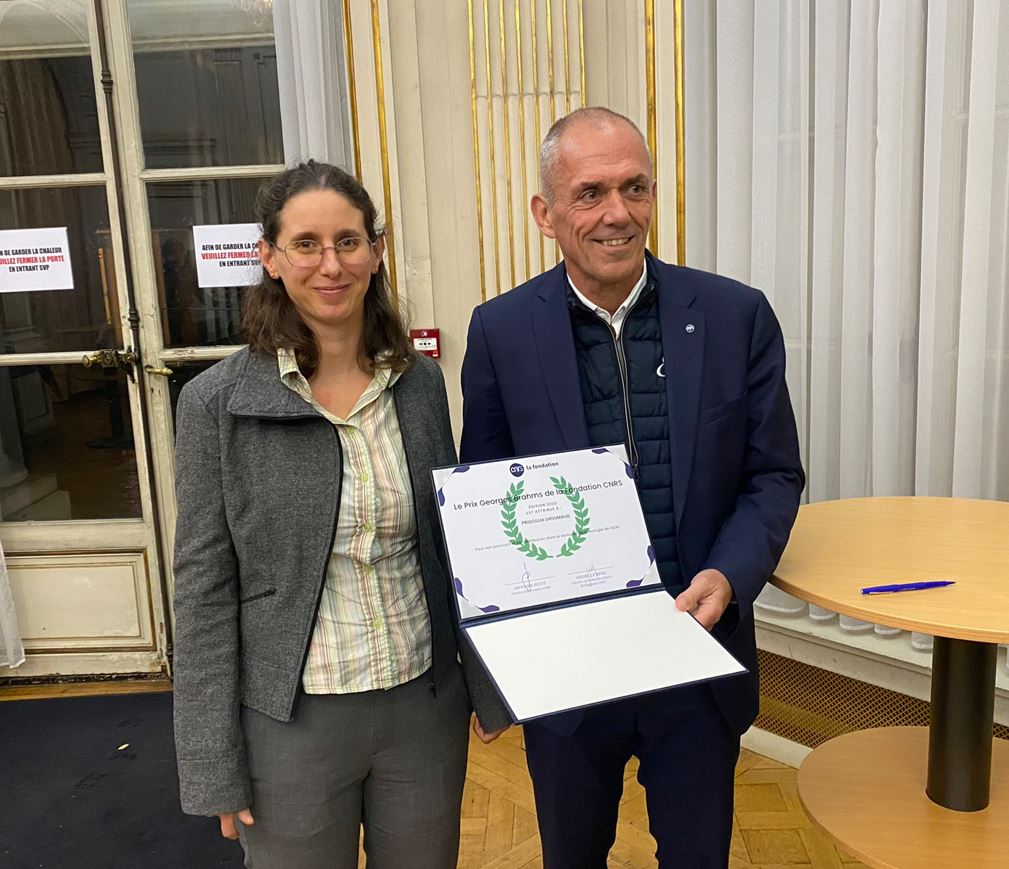 Priscillia Lhoumaud, a research fellow at the Institut Jacques Monod in the “Chromatin Dynamics in Mammalian Development” team led by Maxim Greenberg, was awarded the Georges Brahms Prize of the CNRS Foundation by Antoine Petit, CEO of the CNRS, on 16 November!

Priscillia Lhoumaud obtained her PhD in 2014 at the Laboratoire de Biologie Moléculaire Eucaryote at the Université Paul Sabatier, Toulouse in the team of Olivier Cuvier where she studied the role of the histone methyl transferase dMes-4 in transcriptional regulation and chromatin structure in a Drosophila cell model. From 2015 to 2021, she was a postdoc in Jane Skok’s team at New York University Langone Medical Center, studying the role of NSD2, the human orthologue of dMes-4, in the 3D genome organization of multiple myeloma cells. She also investigated the link between chromatin accessibility and DNA methylation, creating a new technique to look at both simultaneously. She joined Maxim Greenberg’s team at the Institut Jacques Monod in December 2021 as a postdoctoral fellow, where she obtained the position of CNRS research fellow. She proposes to use the technique she developed to study the role of DNA methylation at regulatory regions (enhancers) in a murine stem cell differentiation system, mimicking the early stages of embryogenesis in mammals.

In order to pay tribute to Georges Brahms (1919-2019), a former CNRS research director and patron of the arts, the CNRS Foundation is introducing, from 2022, an annual scientific prize in connection with his seminal work on genetics, and DNA in particular. 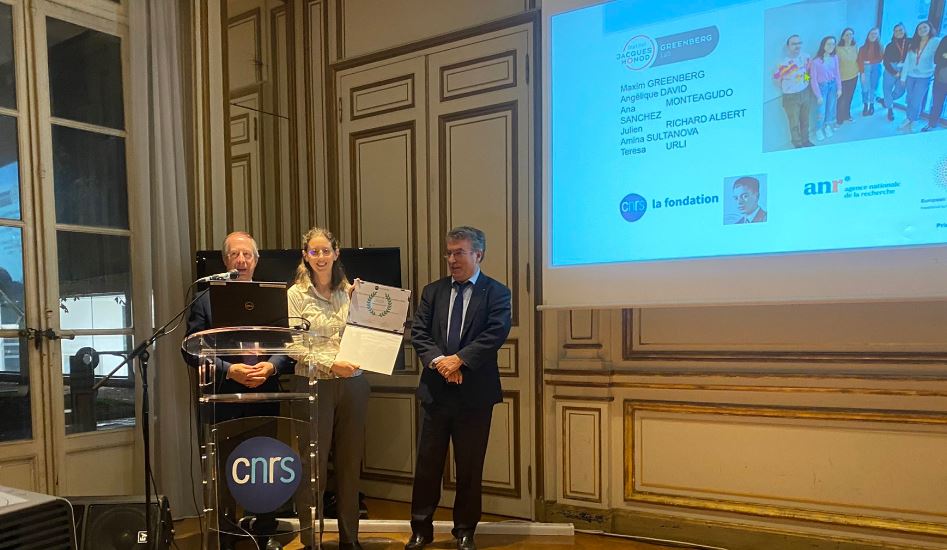