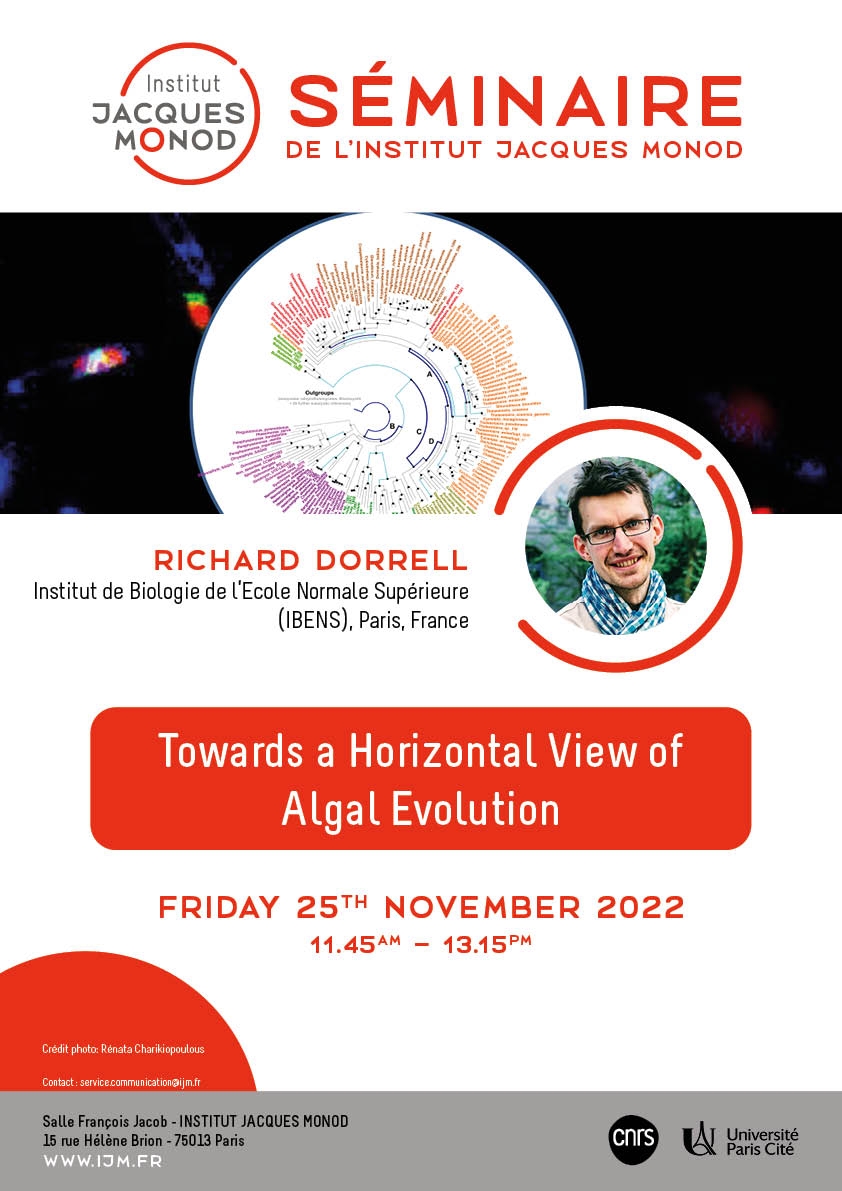 Towards a Horizontal View of Algal Evolution

Horizontal evolution of microalgae in the global ocean

“Life did not take over the world by combat, but by networking”- Lynn MargulisThe most dramatic evolutionary transition across the tree of eukaryotic life, in terms of its consequences for cell biology and for the ecology of the planet, is the transition from being a non-photosynthetic protist to a photosynthetic alga or plant, via the endosymbiotic acquisition of chloroplasts. This process has happened multiple times across the tree of life, creating an extraordinary diversity algal lineages, many of which have arisen through secondary and tertiary endosymbiosis. Alongside this, different groups of algae have diversified their genetic repertoires through non-endosymbiotic horizontal gene transfers with a range of eukaryotic and prokaryotic partners ; which may facilitate their adaptation to changing environments.

My team seeks to explore how these horizontal interactions underpin the biology of algal groups (cryptomonads, haptophytes, ochrophytes, and dinoflagellates) with chloroplasts of secondary or higher red origin, which are the dominant photosynthetic eukaryotes in the contemporary ocean. We are particularly interested in the diversity and evolution of nucleus-encoded and chloroplast-targeted proteins in these groups, which may derive from a range of different sources, including the host, the endosymbiont and horizontal gene transfer ; and which may be very different to the proteins found in plant chloroplasts. We are also interested to place these, and other horizontally acquired proteins in algae in an eco-physiological context ; integrating environmental data from Tara Oceans, and functional insights from Phaeodactylum mutant lines.

Current Projects :• Molecular elucidation of the dinoflagellate chloroplast• Functional and environmental characterisation of diatom chloroplast membrane transporters• Roles of chloroplast glycolytic metabolism for algal physiology• Rate, source, and function of horizontal gene transfer in ochrophyte and haptophyte evolution ; and in algae native to the Arctic.