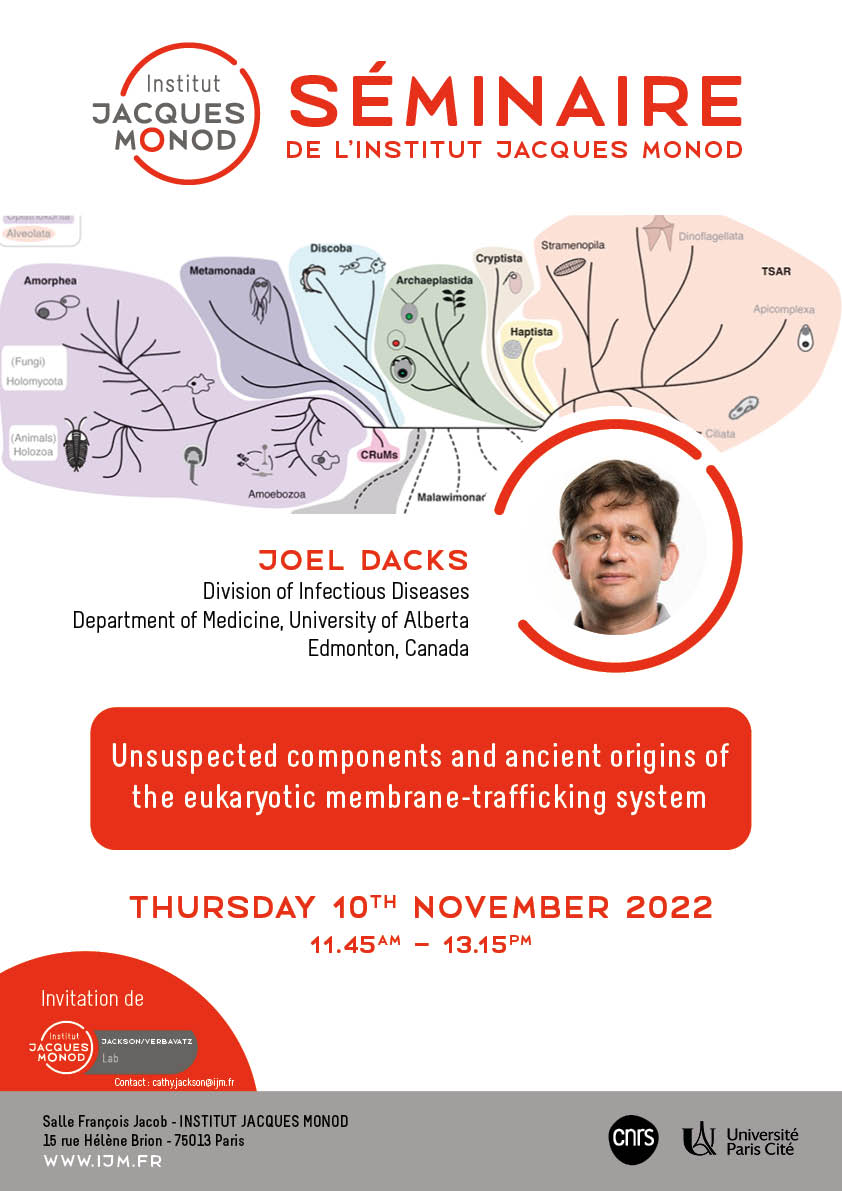 Invited by Cathy Jackson, Joel Dacks (Division of Infectious Diseases, Department of Medicine, University of Alberta, Edmonton, Canada) will give a seminar entitled:

Unsuspected components and ancient origins of the eukaryotic membrane-trafficking system

I am currently an Honorary Professor in the Department of Genetics, Evolution and Environment, linked with the Centre for Life’s Origins and Evolution. My main academic position is at the University of Alberta, where my research group studies evolutionary cell biology of the membrane-trafficking system and how this pertains to both existing cellular diversity and eukaryotic origins. We emphasize microbial eukaryotes (i.e. protists) as critical sampling points to tackle both molecular evolutionary and cell biological questions. I have served as the President of the International Society for Evolutionary Protistology (2018-2020) and as the Treasurer for the International Society of Protistologists (ISOP) since 2018. In 2016, I was the recipient of ISOP’s Seymour Hutner Award and I have been the Canada Research Chair in Evolution Cell Biology since 2011.

Before starting my own research group in 2008, I was a Research Fellow in the Pathology Department at Cambridge University with Professor Mark Field where we proposed the ‘Organelle Paralogy Hypothesis’ for non-endosymbiotic origins of eukaryotic organelles.  I received my PhD in Biochemistry and Molecular Biology at Dalhousie University (Canada) in 2003 under the supervision of Professor W. Ford Doolittle.