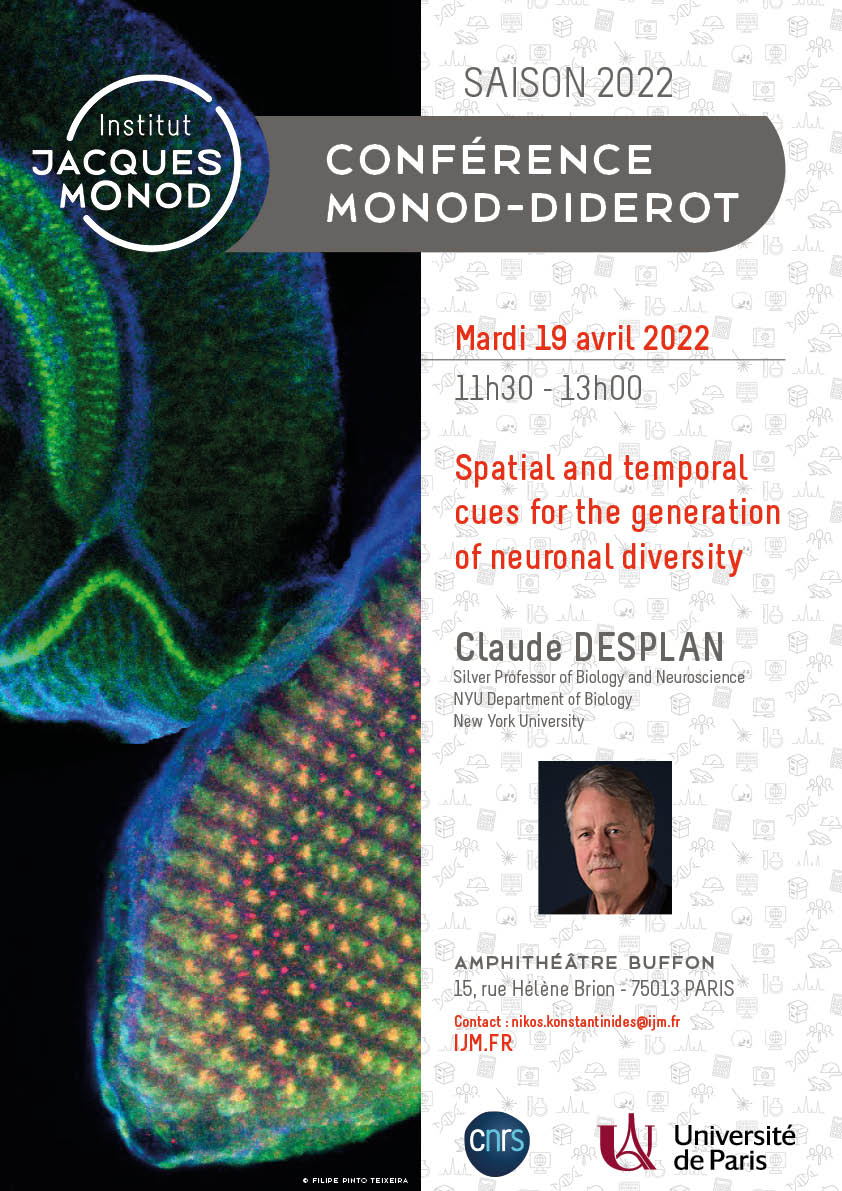 The Monod-Diderot Lectures receive Claude Desplan (Silver Professor of Biology and Neuroscience, NYU Department of Biology, New York University) on 19 April 2022 at 11:45 am in the Buffon amphitheatre.

He will speak on the theme :

Spatial and temporal cues for the generation of neuronal diversity 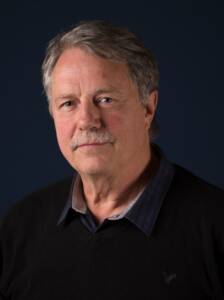 Claude Desplan is a Silver Professor of Biology and Neuro-science at NYU and an Affiliate Professor at the CGSB at NYU in Abu Dhabi. Dr. Desplan was born in Algeria and was trained at the Ecole Normale Supérieure in St. Cloud, France.  He received his DSc at INSERM in Paris in 1983 working with M.S. Moukhtar and M. Thomasset on calcium regulation.  He joined Pat O’Farrell at UCSF as a postdoc where he demonstrated that the homeodomain, a conserved signature of many developmental genes, is a DNA binding motif.  In 1987, he joined the Faculty of Rockefeller University as an HHMI Assistant/Associate Investigator to pursue structural studies of the homeodomain and the evolution of axis formation.

In 1999, Dr. Desplan joined NYU where he investigates the generation of neural diversity using the Drosophila visual system. His team has described the molecular mechanisms that pattern the eye and showed how stochastic decisions contribute to the diversification of photoreceptors. It also investigates the development and function of the optic lobes where neuronal diversity is generated by spatio-temporal patterning of neuroblasts, a mechanism that also applies to cortical development in mammals. Recently, his lab has also provided a functional understanding of the neuronal and computational mechanisms underlying motion detection.

His laboratory also uses ‘evo-devo’ approaches to understand the mechanisms by which sensory systems adapt to different ecological conditions, from flies to ants to butterflies.

Congratulations to Lina-Marie ( PhD student of our lab) who was awarded the prize for the best presentation by @SFGenetique at the replication congress !