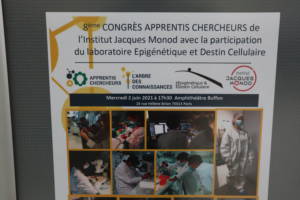 Since 2012, the Institut Jacques Monod has been hosting Apprentice Researchers as part of the action initiated by the association l’Arbre des connaissances: one Wednesday afternoon per month, secondary school students from our neighbourhood are introduced to scientific questioning and approaches within a research team, and carry out experiments on a research topic in the laboratory. The Apprentice Researchers are welcomed in pairs within a team of the Institute and are supervised by doctoral students, teachers, researchers or technicians on a voluntary basis. The year ends with a mini-congress.

Interested students are selected from local schools on the basis of a letter of motivation, without any “academic” criteria.

The objectives of the Apprentice Researchers scheme are to

to make young secondary school students aware of scientific culture through a concrete approach to science, with a view to social diversity;
to introduce them to critical thinking on current scientific issues
introduce them to the professions and the world of research. 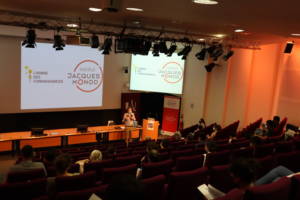 At the end of the school year, the Apprentice Researchers present their work in public at a mini-congress, and receive a research initiation diploma from the directors of the host institutes.

In turn, the Apprentice Researchers pass on what they have learned in class and in their families and become ambassadors for research. 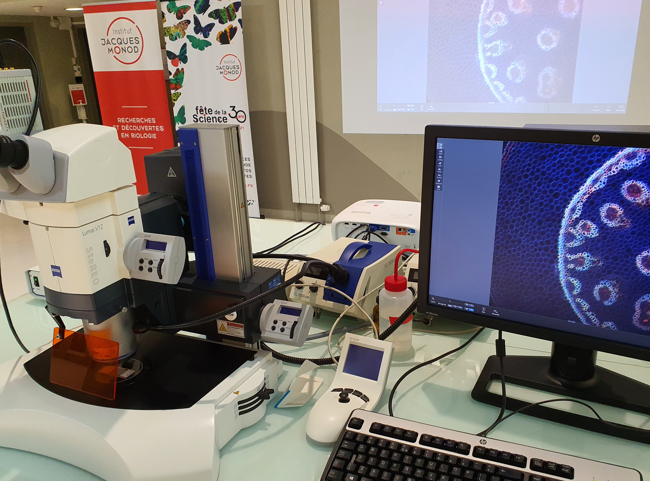 Every year, the Institut Jacques Monod organises laboratory visits and plaeforms for schoolchildren.