Our research investigates the mutations responsible for evolutionary changes.

Since Darwin, research in evolutionary biology tries to understand biodiversity – the great number of species in nature, each with features so well adapted to its environment. In our current understanding of evolution, the genes and the mutations responsible for phenotypic differences have no distinctive features: mutations occur randomly and a few of them happen to spread in populations through selection and chance. However, phenotypic evolution may not be totally random in terms of genetics. There might be rules to be discovered about the mutations underlying natural evolution.

We are using a combination of various approaches to identify the mutations responsible for evolutionary changes and to reconstruct past evolutionary events. We hope that our work will provide new and rigorous data to better understand our evolution, past and future. 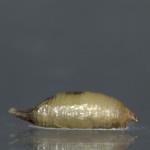 At the end of the larval stage, Drosophila larvae produce a proteinaceous glue that allows the animal to adhere to a substrate for several days during metamorphosis. We aim to use the powerful genetic tools of the model organism Drosophila melanogaster to explore the molecular basis for fly glue adhesion. We want to identify the genes involved in glue adhesion and understand how they have changed during evolution so that the glue can stick to various substrates in diverse environments. We developed a new assay to quantify Drosophila glue adhesiveness and we plan to measure adhesion of glue mutants and to compare adhesion between different Drosophila melanogaster populations and Drosophila species. 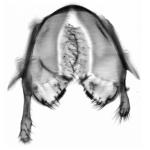 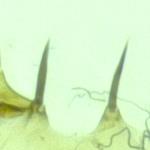 We wish to understand how the morphology of genital organs change rapidly during evolution. We combine developmental studies, genomics, genetics, quantitative genetics, population genetics, microCT scans, laser microsurgery and behavioral experiments to understand how genes and cellular mechanisms modulate organ shape in a subtle and precise way, and how this can affect reproduction and long-term evolution. We examine the following genital organs: hypandrial bristles, ventral branches and posterior lobes.

The origin of COVID-19

Gephebase contains a list of all the genes and mutations that have been found to be responsible for phenotypic differences (morphological, physiological and behavioral traits) between populations or strains for pluricellular organisms. A preliminary list was deposited in Dryad in 2013 and the full open access website is available here

FlyPhenomics provides a compilation of the phenotypes that have been reported to differ between at least two species of the D. melanogaster subgroup. More than 150 morphological, physiological and behavioral differences have been described between 1919 and 2006.
associated paper: Orgogozo V, Stern DL, How different are recently diverged species? More than 150 phenotypic differences have been reported for the D. melanogaster species subgroup. Fly 2009 Mar-Apr;3(2):117.

The team is a partner team of the Labex “Who am I?”